July 17, 2020
In 2017, I had the opportunity to make the drive down Highway 1 from Fort Bragg to Los Angeles.  It was the longest solo trip I had made at that point in my life- and it was amazing.
As I made my way along the very familiar path in Mendocino County, I encountered a few other travelers- including some bicyclists.  This route is popular with long-distance riders.
The first stop I made was in a little town called Manchester to pick up a few supplies at the local store.  I was pleasantly surprised at the bargains I got in there.  I expected to get gouged considering the remote area of the store, but this was not the case. 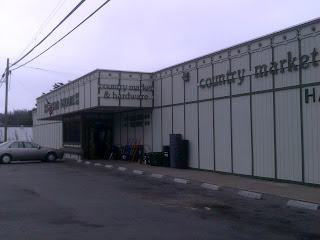 My next stop was in Point Arena.
I like this cute little town.  I really enjoy spending time on the pier, where you can listen to the water trickle over pebbles & make a sound I have never heard anywhere else.  It is very calming.
While I was there I ran into these two guys.
As I passed through Anchor Bay, I stopped to take a picture of a house I had stayed in a couple of years earlier.  It had a picture window with the most breathtaking view of the ocean. 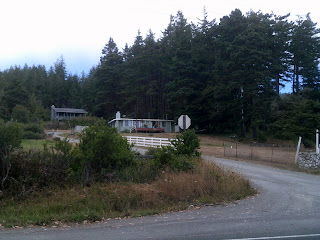 My next pit stop was in Gualala.  Gualala is my second favorite West Coast location.  The first time I went to Gualala, I woke up pretty early.  I heard a weird noise outside, so I went out on the balcony to see what it was.  The seagulls were in the river flapping their wings.  It was such an awesome experience!
A little further south is Bodega Bay.  I am not crazy about this town, but it is a popular vacation spot for a lot of people.  It is too commercialized for my taste- and the people are snobby.
Another experience I did not particularly care for was crossing the bridge in San Francisco.  I know there are a lot of people who find it a thrilling experience, but I do not like long, shaky bridges high up in the sky. 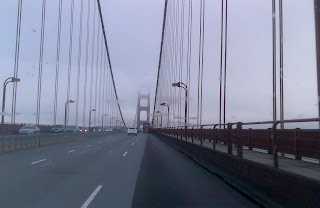 One of my favorite parts of this trip was the Santa Cruz Arboretum.  This huge garden is also a wildlife refuge and is cared for largely by students who volunteer.  If you ever make it to Santa Cruz, you just have to check it out!
Another short stop I made was in La Selva.  It was an interesting little place, but I wasn't all that impressed with it.
Although I stayed in some hotels, one of my main objectives of this trip was to do some camping.  The first place I pitched my tent was in San Simeon.  The campground was well patrolled, and there is an educational nature center nearby.
There is also a beach in the area where all the cool seals hang out.
Another tiny town I passed through was Cambria.  There are a lot of little shops there- and, of course, the coolest store in the world.
Next came Cayucos.  It was an interesting little place, but I was just passing through.  I had a timeline, so I only stayed here for a few minutes.
Morrow Bay looked pretty cool, but again- I had a destination in mind & did not have time to explore every place I came across.
My next camping spot was Pismo Beach.  I was pretty bummed because my trip was at the wrong time to see the beautiful display of the migrating Monarchs.  I will have to get back there at some point to see that.
I also pitched my tent in Carpinteria.  There is a nice little family campground there.
Finally, I had the Jurupa Campground in LA mostly to myself.  It was very peaceful & had a lot of great features.
I have to say, though; I had a somewhat exciting end to this camping excursion.  On the last morning of my stay at Jurupa I woke up at around 5:30.  I could not go back to sleep, so I decided to get up & start packing things up.
It was just starting to get light & I saw something moving.  Since I had seen a lot of little bunnies in the campground I thought maybe it was a bunny.  I strained to see a little better & saw it was not a little bunny but a skunk ambling toward me- AAAAAAAA.
As I mentioned, there were not many people camping when I was; but there was a family a few spaces away from me.  I did not want to wake them up- but I also did not want to get sprayed by a skunk, especially since I had a convention I was planning on attending that weekend.
I swung my arms & made a noise that I hoped would scare the skunk away but not wake my neighbors.  The skunk stopped & looked around.  He must have seen me because he started sauntering the other direction.  WHEW! That was a close one.
I hope you enjoyed this virtual road trip through California.  Be sure to come back for more.  I will also be having some contests with some give-aways, so be sure to check back.