Just A Girl & Her Chevy Truck

When Trent first came into my life in 2003, I wanted nothing to do with him.  I had been driving small cars for years & I really liked them.  They are great on gas mileage & you can park them almost anywhere.  I was coerced- no pushed- into driving a half hour to look at a huge, gas-hog of a truck I wanted nothing to do with.  Somehow, I let myself get talked into buying him.

I gradually got used to him- then I fell in love with him.  Since I was up higher, I could see more when I was driving. I also felt very safe on the highway.  Compared to what I was used to, it was like driving a tank.  If I ever wrecked, I might not walk away unscathed but at least I would fare better than in a smaller vehicle.  Plus, you can haul practically anything in this truck. 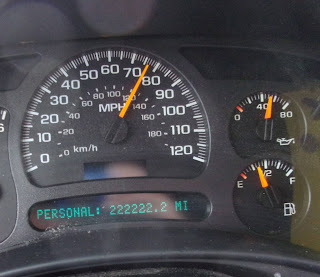 Over the years, I have grown more and more attached to Trent.  He got me through the worst moments of my life.  A few years ago, the monster tried to take him from me- but fortunately, those efforts failed.  Now, Trent & I are experiencing the best times together.  For years, we traveled all over California, even going from Fort Bragg to LA on one trip.  We have gone to New York together TWICE. 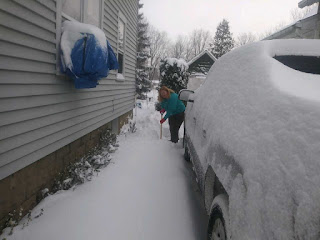 Last year, we were separated for eight months because of my work assignments.  When I returned, I knew Trent would need some TLC- especially after sitting through a harsh, snowy winter without being started up once.  I started with a new battery.  I changed it out- all by myself- and he started right up!  I couldn't believe it. 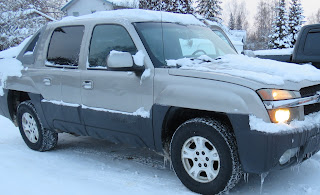 Don't get me wrong, I'm not delusional.  I realize Trent is going to need a lot more work, but I couldn't believe he started up just like that.  I mean, he has over 230,000 miles.  Before I really had a chance to do anything else, I got another assignment & had to leave him behind for a little longer.  It was too risky to embark on a long trip without further maintenance.  So...we were apart for four more months. 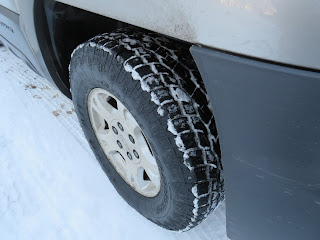 When I returned home again, he started up right off the bat.  Trent has been the best truck.  I can't believe it.  Oh, he has had issues over the years.  After all, he is 18.  He's had rats chew through some of his wires, and I have had tires replaced several times- and various parts that have worn out.  I am working a little closer to home now, so we are able to hang out. 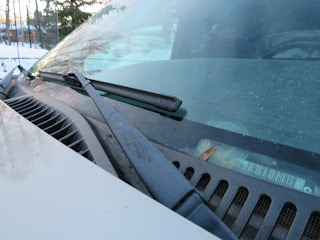 He is in the middle of a makeover.  I bought him some new tires and windshield wipers.  Next is going to be new headlights.  I realize at this point I am basically going to have to start rebuilding him.  The only other option is to get a new vehicle- and that is not going to happen.  We have been through too much together & I am too attached to him.  Trent is still a total gas hog but he is my BFF. 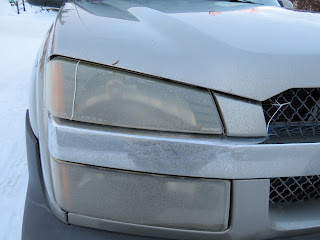