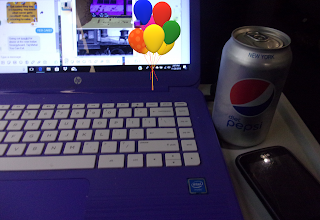 I was having a blast driving all over the country.  I was in Buffalo, New York & wanted to take a brief jaunt down to New York City because I had gotten a migraine & hadn't gotten to do everything I wanted to the first time I went.

I had been wanting to take a train ride for a long time, so I decided that's what I would do.  I planned out the trip for my days off & made the reservations.  I knew I would be working the night before the trip, so I decided to reserve a sleeping compartment in case I wanted to nap.  I always thought it would be fun to ride in one of these anyway.The day before my trip I was sleeping because, as I said, I would be working that night.  When I woke up, there was a message on my phone from Amtrak.  They had called to tell me they had cancelled the train car with the sleeping quarters & downgraded me to coach.I was furious.  I called them & chewed them out.  I explained why I had specifically reserved that specific feature.  They said they were not going to have the sleeping car on that train & ended up changing my reservation to business class & giving me a partial refund.I was still irritated, but what could I do?  There were only two seat choices- coach & business.  So, I would have to settle with the hopes that the seats would allow me to nap if I needed to.When I arrived at the station, there was really no parking available.  One of the guys who worked there escorted me to an area where I could park & instructed me on exactly how to park.  I was concerned that my truck would get towed, but he assured me that it would be fine where he had directed me to park.  Boarding was fairly easy, but it did not take me long to discover that the business class seats were really uncomfortable.  They were pretty close together & did not have much cushion in the seats at all.  In fact, they were pretty much worn out from being sat in so much.Once we were on our way there was some interesting scenery.  It was nice to be in the passenger seat & to be able to take in all of the sights.  Don't get me wrong- I love to drive around aimlessly but it was fun to get to just look around & not miss much.  There is not much opportunity to do that safely while being the driver.Of course, I had to get something from the food car.  That's part of the whole experience.  I could have gone without all the drama from the woman who worked in the food car though.  My seat was fairly close to this car & she spent basically the entire trip on her cell phone whining about her life & using all kinds of expletives.  This was not only irritating, it was completely unprofessional.This was turning out to be a huge let down.  I had spent years imagining what it would be like to take a trip on a train.  It certainly did not make me want to book another trip with Amtrak- EVER.  In fact, I was dreading the return trip.We stopped at several little towns on the way to the City.  At one stop, the conductor made an announcement about amenities that were available.  He explained that we were running a little ahead of schedule & had to wait until the scheduled departure time to move on.  He invited anyone who wanted to check out the services in the immediate area to do so.  He also made it clear that anyone who chose to get off for the brief stop was responsible for getting back on the train on time.  He stated that anyone who did not return to the train on time would be left behind.  I stepped out the door to stretch & get some fresh air but got right back on.After several hours, we made it to New York.  I had a blast doing all of the fun stuph I had planned (that's another post LOL). I was actually dreading the trip back.  I had booked a coach seat for the return trip.  After sitting in the broken down business class seat, I was expecting the worst.  The coach seat was actually way more comfortable than the business class seat.  I was shocked.  It is not likely that I will ever book another Amtrak trip, but if for some strange reason I do I will book coach if a sleeping car is not available. 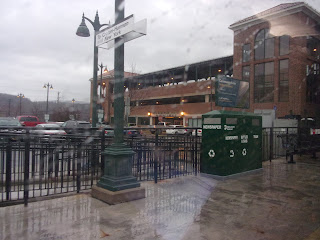 The food car attendant on the return trip was also much more tolerable- nice actually.  I was happy to be having a more pleasant trip on my return to Buffalo.  I was a little worried about whether my truck would be there, though.  I had some friends I could call if I needed a ride, but the thought of having to go through more nonsense to figure out where my truck was & get it back wasn't a pleasant one. 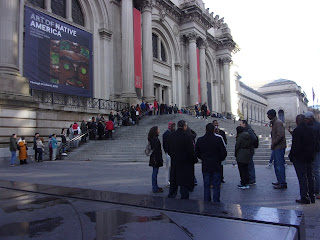 Fortunately, my truck was right where I left it.  Good thing- because Amtrak would have had a mess on their hands if it hadn't been.  I hopped in it & tootled on back to my temporary residence. 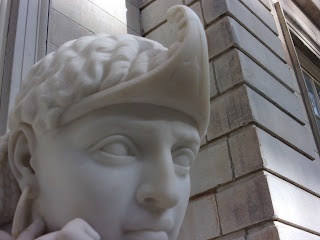 Even though the trip was overall quite the disaster, I'm glad I had the experience.  Life is an adventure.  Every moment is not a glamorous picnic but I am glad to have my memories.  Driving back & forth across the country twice has resulted in amazing memories.  I only hope you will embrace opportunities that come your way & create lasting memories of your own.