Showing posts from June, 2021
Show all

There are just some really bizarre signs out there.  I mean, REALLY , a beware of dog sign where there is no dog? And I really think this one is supposed to say Lien  cars. And what does this sign even mean? If you have seen strange signs, tell me about them in the comments below.
Post a Comment
Read more

Summer is funner with free stuph- and prizes are being won every week.  People all over the country are getting free stuph from my site. Rusty from Alaska took home one of my unique creations. John & Linda of Alaska scored a 16x20 photo of a napping leopard on canvas. Cheryl can pretend she is in Alaska with her new 16x20 photo of an Alaska sunset. You can win too- no matter where you are.  All you have to do is like and share this post.  That's all you have to do- just like this post & share it on your social media page.  Once you do that, I will put you in a drawing to win a prize.  This week it is a copy of my book Goodnight Beau .  The live drawing will be held Thursday morning on my Facebook page at 9 am Alaska time, 10 am Pacific time, 11 am Mountain time, noon Central time, 1 pm Eastern time.
Post a Comment
Read more 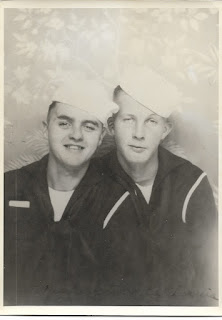 Soooo...it's obvious that I have hit a dead end with daddy at this point.  So, we will move on for now- at least, until some answers appear. Today, I will be telling you a little about my Aunt Ila/Ilau.  She was, me thinks, daddy's least favorite person.  More about that later.  But for now, I will share what I have learned about her so far.   According to the Butte Township US Census of 1900, her name was spelled Ila and she was 3 years old and living with her parents, William & Mary.  They were both from California and William was a teamster.  This record also shows that she had a sister named Eugene who was 5 years old. The 1910 US Census for Sisson, California again lists her parents.  However, this documents records her name as Illa.  She was 13 years old & my grandmother was 7 years old.  There is no record of Eugene.  I have learned that my grandmother had a sister named Eugenie & that she died in childhood, so this makes sense.  Their brother Lawrence is lis
Post a Comment
Read more 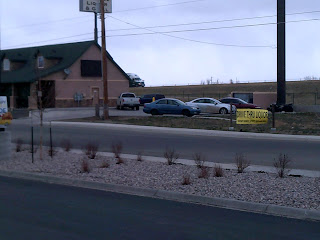 I had the opportunity to drive through Wyoming during the winter/spring transition.  It was pretty icy. The gas prices were good- which was great since I have a gas hog (but I love it).   It was fun.  I saw some perty cool stuph- like the river walk, which had a neat bridge. There are a lot of awesome land formations in Wyoming. One thing I thought was odd though is they have drive through liquor stores.  Doesn't that kind of send a double message?
Post a Comment
Read more

Sharing this part of my adventure was not an easy jump to make.  I had weeks of hesitation before I finally committed & posted my first entry for Freedom Friday.  Maybe it would be easier if I were some kind of health specialist or diet coach or something but I'm not.  I just am the type of person that needs to be accountable to someone else in order to succeed.  Knowing that others are watching & aware of my progress helps me stay focused & determined.  The first post was the hardest.  This week was much easier & I think it will just become second nature to make this post once I really get in the routine of it.   I also like to help others.  So, even though I am not a therapist in this area I am hoping that my experiences will help others to seek out help to overcome their obstacles.  Because I know my weight problem involves more than just my eating habits, this will likely be a rocky road- but I am ready to break this last link in the chain.  I just hope that the
Post a Comment
Read more

Cuties On The Farm 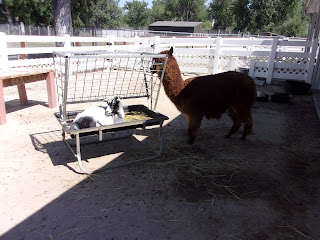 I have been posting larger photos & paintings for sale.  However, not everyone has a lot of room for larger pieces so this week I am posting this cute pair for sale as an 8x10 wooden panel photo.  It is available for $45.   Previous photos I have posted are also available in smaller sizes if you prefer something not quite so big.  Most of the photos I post will be available in multiple sizes.  If you ever have any questions about anything I list for sale, just send me a quick message. I will continue to post a new item each Thursday, but any picture I have posted in my blog is available for sale.  So, if you see something you like let me know. 😊
Post a Comment
Read more

As you know, I love taking pictures. I take pictures of everything - people, animals, objects...makes no difference to me. Of course, I have my favorite targets. One of my favorite things to do is capture life in motion. I also prefer to get natural scenarios rather than staged shots. And the frosty captures are also at the top of my list. Share this post & you will be entered into a drawing for one of my photos or unique creations. You can choose from anything I have listed for sale on my blog .  Plus, if you see a photo on my blog that is not currently a listed sale item, you can request one of them.   The live drawing will be tomorrow morning (Thursday)  at  9:00 am Alaska time, 10:00 am Pacific time, 11:00 am Mountain time, 12:00 pm Central time, 1:00 pm Eastern time on my Facebook page. If you can't make the live drawing, you can still win so be sure to share this post so you will be entered. The challenge for next week will be posted tomorrow as well.
Post a Comment
Read more 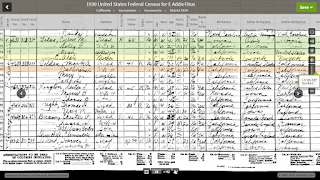 So, last week I was discussing all of the aliases being used by people in my family.  One question I posed was- who in the world is Rynn Morton?  An interesting theory has been brought to my attention.  Since the supposed Lynn senior wrote his name all fancy shmancy, maybe someone read his L as an R.  Perhaps.  But that does not explain all of the other name changing nonsense that went on. For instance, it has already been established that my dad had supposedly been named Lynn H- for Hunley, Huntley, Huley- WHATEVER .  Well then, why is he listed on his draft card as Beau Joseph Titus?  I know this can't be someone else because what are the chances of my grandmother having two different sons on the exact same day & giving them two different last names?  Doubtful.  And documents show that she changed his name from Lynn to Beau.  And it can't be that he was using Cyrus' middle name because, as you can see above, Cyrus' middle initial was M.  Again I ask- WHAT IN THE W
Post a Comment
Read more

I Found Heaven In Lincoln, Nebraska 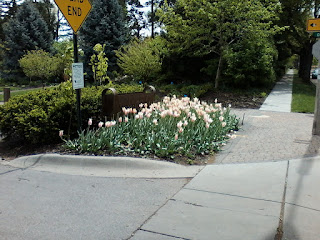 As I was driving around in Lincoln, Nebraska, I happened to spot a park.  It looked like a nice place.  Besides, I saw tulips & you know how I feel about tulips. I got out to take a picture of the tulips & check out the park.  I got my photo & started walking down the path.  It wasn't long before I spotted more tulips.   After capturing those as well, I continued on- more tulips. I finally reached the main part of the park & was astounded at what I saw.  The entire park was filled with all different kinds of tulips! I was so happy.  I had never seen so many tulips in one place- still haven't.  I am so glad I went to Lincoln & that I got to see these beautiful flowers. I got there just in time too.  The next week I went back & they were pulling up all the wilting tulips & preparing to plant something else.   Lincoln in spring is the place to be.
Post a Comment
Read more

I deliberated about what to call this new segment.  At first, I thought about calling it Fatty Friday but then for reasons stated in the video I decided Freedom Friday was more appropriate.  I refuse to stay this size (or bigger) for any longer.  It is time for me to complete the final stage of my emersion from the dungeon. I just want to say that this is not intended to be a weight loss tutorial or some sort of advice to others.  This is my own personal journey that I am sharing.  If you need or want help with weight loss or any other health related issues, it is important to consult your medical provider or health specialist.  Every person is different.  Each person has different needs & will have different results. It would, however, give me great joy if my sharing this very personal part of my adventure helped someone else to conquer some challenge in their life.  Every person has challenges or fears that they need to overcome.  If my experience helps you with yours, I would l
Post a Comment
Read more

Well, I had problems with my internet again this week.  I am having some real issues with my internet provider.  I will be making some adjustments for future drawings because I want this fun little activity to be successful.   This week's item is a three-section photo of some frosty winter trees.  Each section measures 11x14 inches.   The cost of this listing is $150.   I will be holding next week's drawing on my Facebook page.  Be sure to share this post to get entered into the drawing for cool stuph.  I just did a test, so I know if something goes wrong with the internet again I can use my phone for the live drawing  See you at the drawing.😎
Post a Comment
Read more
More posts