The Shenanigans Of Dolly Gray Arnett 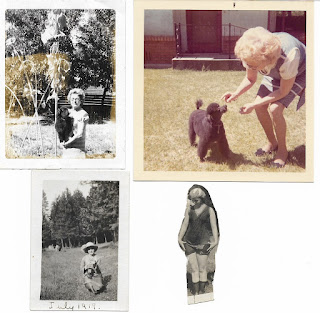 Grandma Dolly loved poodles, dolls, hummingbirds & bells—and me.  She was the most awesome grandma ever.  We were really close.  I loved her to death—but grandma was doin’ some shady stuph.  You will see what I mean in a few minutes. 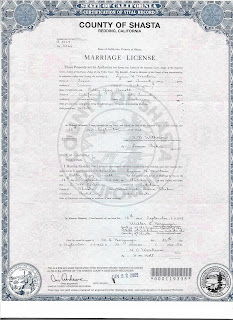 This marriage license shows that she married Lynn H. Morton on September 18, 1922.  This seems normal enough—at first.  But then on October 19, 1928, she divorced Lenny Hunley Morton.  Soooo… which is it?  Is it Lynn Morton or Lenny—because I really doubt there would be a magnificent coincidence that she would marry two men with the same exact initials, let alone last names, within six years. 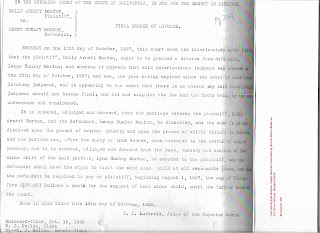 Not only that, but you will notice that my grandmother got custody of their child & Lynn/Lenny got visitation.  So, making the assumption that the child was named after the father would make perfect sense, right? 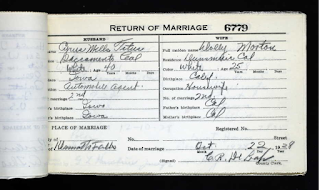 So, then a year later she marries Cyrus Titus.  I don’t have a divorce certificate for them, but I know either they divorced or he died because she married someone else after that with the last name of Jeffs.  I don’t know if she divorced that person or if he died.  I seem to remember her telling me something about him, but I just can’t recall what it was. 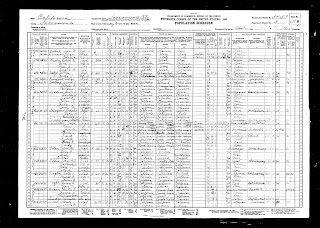 The 1930 California Census Records show her still married to Cyrus.  This document raised so many questions for me.  It lists Beau as her eldest son.  I assume this is my dad, Lynn, the previously mentioned child because I always heard her calling him Beau.  I asked her once why she called him this & she told me it was because Beau means boy.  But why is he listed as her eldest son?  Why doesn’t it just say “son?”  Was there another son?  And if so, who was he & why isn’t he listed?  How many sons were there in total—2?  More?

It lists E. Addie as “mother.”  I am assuming this is her mother-in-law since that is not her mother’s name.  In this document, Grandma Dolly is 25 & Beau is 3.  It shows that my grandmother was from California.  As I mentioned in a previous post, she grew up in Sisson, California, so this would make sense.  Her father & mother were from California as well, according to this.  I say, according to this, because there is so much more to the story—as you will see in future posts. 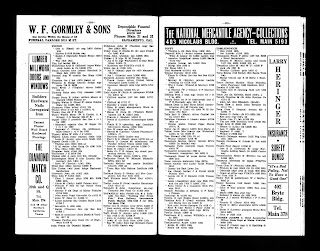 A 1937 directory reveals that Cyrus & Dolly were living on Folsom Boulevard in Sacramento, California.  Now here’s where it gets real interesting.  A 1940 Census Record lists my grandmother, Beau, and Adeline, who is recorded as “mother.”  I am assuming this is the same mother that was listed on the 1930 Census Record.  So, I am thinking maybe Cyrus died?  Otherwise, why would my grandmother still be hanging out with her mother-in-law—if that’s who she was? 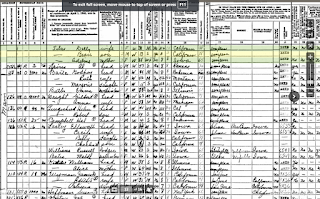 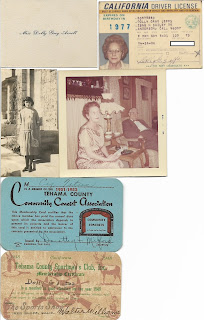 Her driver’s license has her being born in 1906.  You will remember from my past posts that her headstone & paperwork from the cemetery where her headstone is lists her as being born in 1902.  Now, what in the world is going on here?  I know that back then people didn’t always know or keep records of birth dates—but this combined with everything else makes it really fishy.  And information I will share in future posts will muddy the water even more. 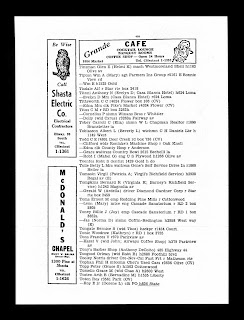 As you can see, Grandma Dolly was involved in some recreational organizations but that doesn’t really tell us much or answer any of the questions I have.  At least a 1958 directory answers one question.  It lists Grandma Dolly as Cyrus’ widow.  Whew!  What a relief to have at least one question answered.  As for the rest, perhaps the answers will appear in time…perhaps.