Critter Pass Ranch- A Refuge for Abused and Neglected Animals In Northern California there is a unique home where abused, special-needs and otherwise homeless animals go for a little TLC—and a whole lot of love.   Desrosier moved to , California, in 2006 .  Claire has experience as a Veterinarian Tech and had always dreamed of running a rescue “farm.”  However, she did not just want to care for large animals such as horses and cows.  Claire opened Critter Pass Ranch Rescue & Sanctuary in 2007 after she moved from Oregon to Palermo with her family and a couple of horses. Since then, Desrosier has rescued animals of all sizes, from mice and ferrets to ducks and horses.

One of those special furry family members of Critter Pass Ranch (CPR) was Barney.  When Barney first came into Claire’s life, he had advanced Glaucoma.  One of his eyes had completely disintegrated and the other was grossly enlarged.  Both of Barney’s eyes had to be removed, rendering him completely blind.  When Claire brought Barney home, another of her dogs, Chrissy, sensed that something was wrong with Barney.  She began leading Barney around, becoming his “seeing eye” companion.  Barney adapted well to his new home at CPR and was able to find his way around quite adeptly. 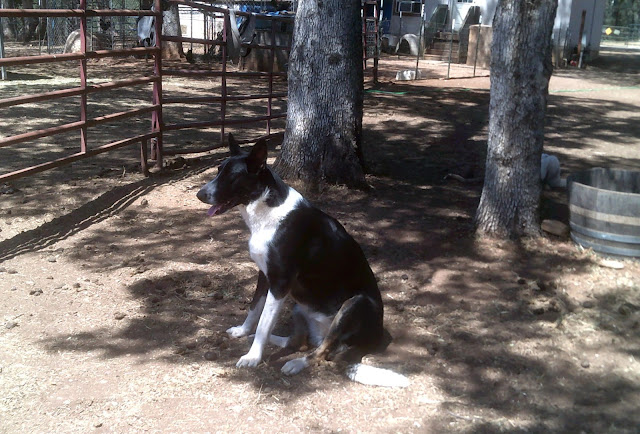 Another CPR furry family member was Emmy.  She was a senior cat who had an autoimmune disease that made her allergic to her own teeth.  Another cat at the refuge, Mabel, had only three legs.  CPR has helped hundreds of animals to recover from abuse and illnesses.  One of these precious animals was Timmy the Tortoise.  Timmy sustained a back injury that stunted his growth.  He was not able to grow to the 120 pounds that a tortoise of his type normally reaches.

CPR is the home for several horses as well.  Rooster was one of Claire’s first rescues and came to her with ringbone.  Ringbone is a type of equine arthritis.  Rooster received injections for the ringbone, but the treatments were largely ineffective.  Alternative treatments were implemented, and Rooster improved somewhat.  CPR also homes horses with Cushing’s Disease.  This ailment dwarfs the horses’ size—but not their attitude.  They are very healthy and happy living with Claire. 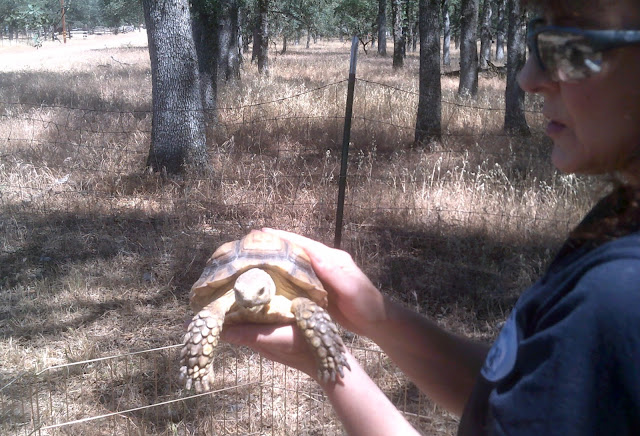 CPR has relocated to the Chico, California, area but the same blood, sweat, and tears—and love—is still overflowing on that wonderful ranch.  One of their current residents is Leia, a spunky chihuahua who became paralyzed when her back was broken.  When Claire first found her, the vet said that Leia’s prognosis was not good.  But Claire did not accept that grim prediction.  Leia is now happily living at CPR and can be seen scooting around with or without her wheelchair.

Several very special kitties also live at the ranch—Najia being one of them.  Najia was one of the first to arrive at CPR.  She was found stuck in a wall when she was only a week old.  She had to have two of her legs amputated but is thriving under the wonderful care of Claire and her family.  Two of the cats at CPR are paralyzed and one has to wear diapers.  There are also nine dogs that have to wear diapers at the ranch.  One of the ranch pups, Suzie-Q, is the queen of the big beg.  And with her beautiful soulful eyes, who could say no to her? 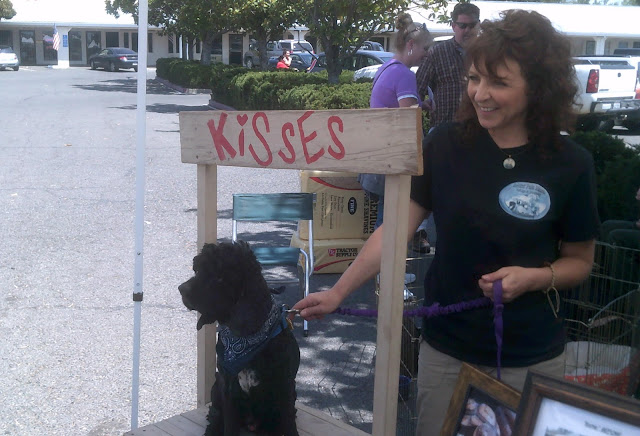 Brazy has been at the ranch from the beginning.  She is a horse that was trampled by other horses when she was only five weeks old.  She has deep scars but has recovered well.  It took her quite some time to heal but she is flourishing at the ranch.  She enjoys hanging out with her chicken friends.  Other animals that mill about the ranch with Brazy are sheep, llamas, goats, and ducks.

CPR has received status as a 501 (c) 3 nonprofit facility.  This allows Claire to get additional assistance through grants and other funding.  This in turn has allowed CPR to reach some of its goals including starting programs assisting the elderly and homeless with the basic needs of their pets.  It also means that donation made to CPR are tax deductible.  The animals at CPR have helped at risk children and youngsters with developmental disabilities to lead more fulfilling lives.  These furry therapists also help seniors out by enhancing their emotional and mental health.


If you would like to learn more about Critter Pass Ranch and the benevolent individuals who run it, be sure to head over to their website.  They are always in need of donations of time and money.  If you are interested in helping out in some way, check out the volunteer page of their site.  There are ways to help out even if you are not living near the ranch.  I know the fur babies would definitely appreciate it.  This article was originally published in the Gold City Gazette and was revised for Cookie's Cabal.