Things were escalating.  I was becoming stronger and more self-confident.  The monster worked ever harder to keep me in the hole.  The tension was mounting.  It was only a matter of time before the volcano erupted.  Then, it finally happened.  I had been out of work for a while.  I had applied for several jobs.  Basically, I threw all of the options up into the air and waited to see which one dropped back in my lap.  I was offered an interview at the hospital in Fort Bragg.  Of course, I didn’t hesitate to accept.  Nothing ever transpired from my other options.

I was fairly confident that I would get the job in Fort Bragg and had decided that I would try to wait it out.  I would stay with the monster until I got the job, and then I would move to Fort Bragg alone and escape the horrid nightmare.  I scheduled my interview for May 20, 2014.  I was feeling a little better each day.  I knew that one way or another my day of deliverance was near. 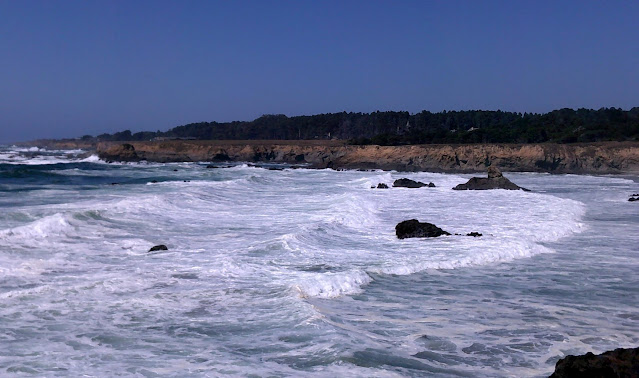 I went to my favorite place a day before my interview.  I offered to feature the Beachcomber Motel in my newspaper, the Gold City Gazette, in exchange for a complementary stay in their Motel.  They were happy to oblige.  I stayed in an awesome room with a fireplace and balcony.  I had an amazing view of the beach.

The next day, I went to my interview and headed home.  I dreaded going back there but I tried to have a positive attitude.  I was still confident that I would be hired at the Fort Bragg Hospital, but even if I ended up having to find work somewhere else, I was going to escape my dungeon.  When I got home and walked in the house, things were more volatile than ever.  The monster was in a rage.  He spewed his poisonous venom everywhere, overflowing with viciousness.

I was done.  I couldn’t take anymore.  I threw clothes and whatever else I could fit in my truck and fled.  I had to leave behind many precious possessions— pictures of my grandmother, paintings I had created, trinkets from my childhood.  There was no other option.  I had to save myself, and my sanity.  I was homeless and had only my truck and the few things I had crammed into it.  It was 110 degrees and I had nowhere to go. 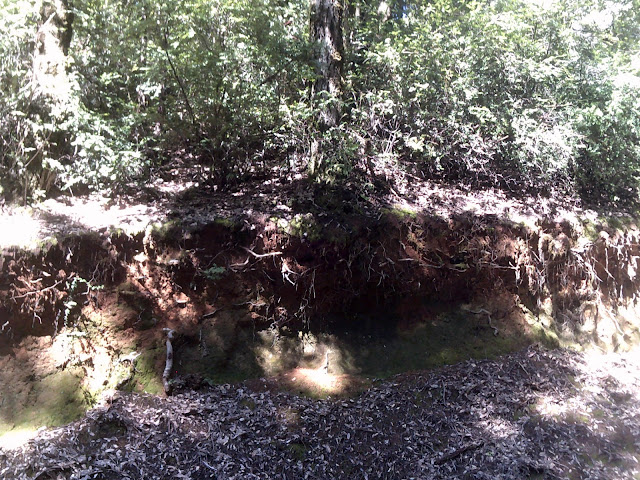 I tried to find room at the local shelters.  I was not thrilled with the thought of that, but I really didn’t see any other option.  Unfortunately, all of the shelters were full.  If it had not been for a few good friends with spare room in their homes and their hearts, I would have been living in my truck in the sweltering heat.  I really didn’t have much of an income and I literally lived off of the dollar store.  I appreciated the help I received from my friends, but I am not the type of person to take advantage of others.  Besides, they had obligations and couldn’t take care of all of my needs.

I waited to hear back about my interview.  It was not happening.  About two weeks after I had left the monster, I found out he had cancelled my truck insurance the day I left.  I tried to convince the monster to get it reinstated.  Of course, he wouldn’t.  I had to stop driving my truck.  I could not take the chance of having it impounded.  I had to walk anywhere I needed to go in the baking heat.  My friends gave me rides at times but they had jobs.  I was grateful for all that they did do for me.  It was a very difficult experience—but it was nowhere near as excruciating as dealing with the monster.

Walking gave me a lot of time to think.  Although I was suffering as I walked miles in the intense heat, I could see elements in my life that were improving.  I was coming out of the fog.  I began to realize that I had been robbed of my identity.  I began to remember who I was and what I liked.  I like cartoons.  I like wearing my hair in ponytails.  I like to walk around barefoot.  The monster used to tell me that I was an okie when I walked around barefoot.  WHO CARES?!?!  If I want to be an okie, so what?  I decided at that moment I was going to be me again. 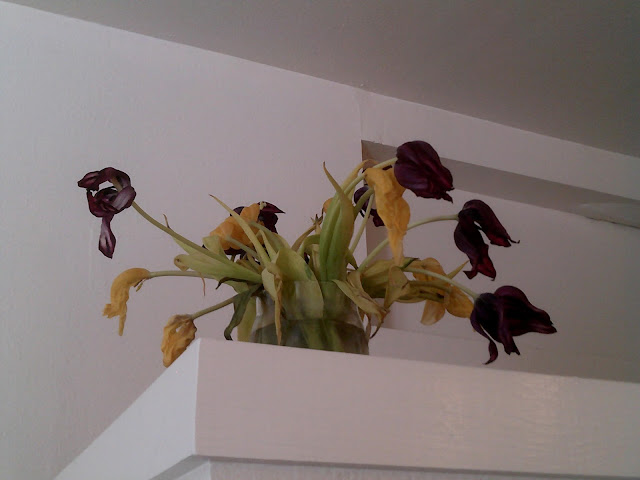 I struggled through the next few weeks.  I cried a few times.  I still loved the monster—but I was stronger.  I did not want to live that way anymore.  I knew it was not healthy.  I was not going there again.  I did not cry as much as I had in my prior attempts at escape.  The larger part of my struggle involved walking in the heat and trying to figure out how I was going to make it financially.  Sure, if I went back to the monster that part of the situation would be a little easier, but it was not worth it.  I was flying solo.

After two long months, I was really starting to get antsy.  I still had not heard back about my interview and was pretty much giving up.  I was coming to grips with the fact that I was not going to be near my true love—the ocean.  I had been on one of my many walks in the outdoor oven.  I was depressed and I was tired.  I decided to take a nap.  Just as I was falling asleep, my cell phone rang.  It was the Fort Bragg Hospital!  They offered me a job andwanted to schedule a physical. 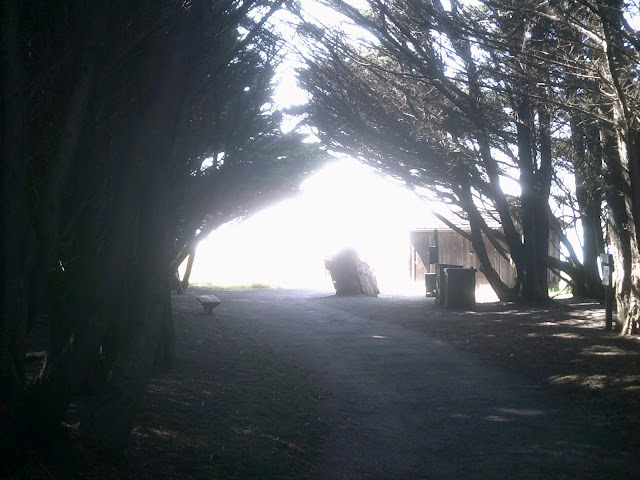