Showing posts from December, 2021
Show all

While I have been on my weight loss journey for six months now, many people are just starting out on theirs and aren’t quite sure where to start.  I have been sharing my healthy lifestyle adventure very openly in the hopes that my experiences might be able to help others achieve their goals.  Losing weight and developing a healthier lifestyle is an arduous task—as is any other goal.  If you are starting out on a path of reaching a certain goal, it is my hope that you will find this article helpful. Where Do I Start? The beginning stages of setting and reaching goals can be daunting.   Many people don’t even know where to begin.   It used to be that people went to the library to check out a book or picked up a book or magazine at the store.   Some people still do—but more often, a web search is done to determine the starting point.   The internet has made finding information so much easier—even very specific information. The best way to start is to type in a question that you may
Post a Comment
Read more

Ending the DUI Quandary- What Can You Do? 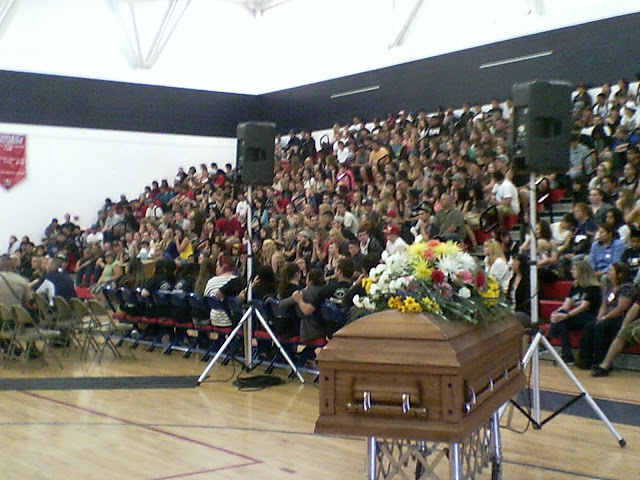 The little girl discussed at the beginning of the second part of this series , Wendy, had a tough road to take. Yet, she did not allow herself to be a “victim” of the tragedy. Her grandparents provided much love and support, always telling her that she could be the one to make a difference—and make a difference she did.   As Wendy got older, she began taking public speaking courses in high school and college. She took every opportunity she could to talk to others about driving under the influence. She eventually pursued a career in law, prosecuting DUI offenders along the way. She is now a Superior Court Judge who travels the country telling her story and entreating her audience not to drive under the influence.   To find out more about Wendy and her amazing life story, you can go to her website .  The families whose lives were turned upside down by the impaired driver who barreled down their street, destroying their cars and homes, have moved on with their lives as best they can.
Post a Comment
Read more

Spiritual Literacy Month- When is Armageddon and What Happens Next? 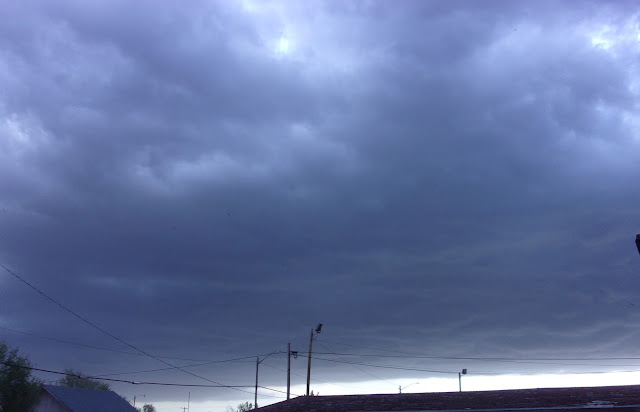 Last week, I published a post about what Armageddon is—but many people want to know when Armageddon is coming.  People have been speculating about this issue for thousands of years.  Well, the fact of the matter is—when Jesus was on earth, he said that no one knew that date except God.  Not even Jesus knew at that moment.  He surely knows now since he will be fully involved in that event.  However, even though the date is not available to us, Jesus gave a list of signs to be watching for in order to know that Armageddon was close. One aspect of these signs was that there would be many wars and nations at odds with each other.  We certainly see those things taking place today—especially over the past few months.  There are all kinds of skirmishes going on all over the place.  He also mentioned food shortages.  Most of us have probably seen too many commercials on television about starving kids in third world countries.  Yet, the situation has increased and spread to other areas du
Post a Comment
Read more

Why I Stopped Celebrating Christmas 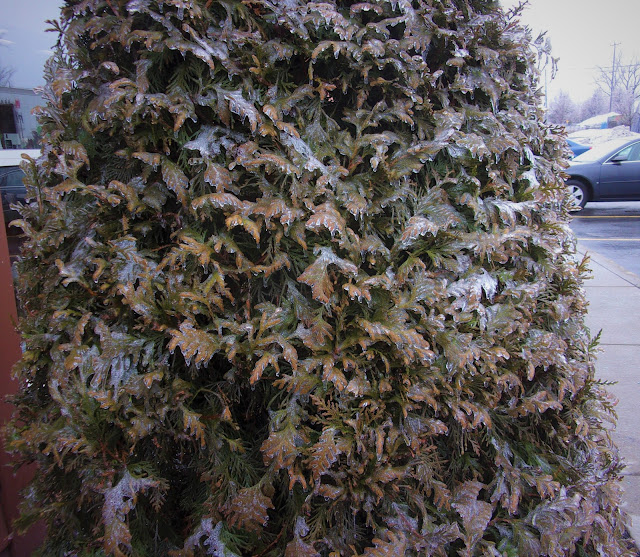 When I was young, I quite enjoyed Christmas—I think.  The reason I say “I think” is because I have limited memories of my early years as a result of various traumas.  The earliest memory I have of Christmas is when I was four and my two older brothers and I told each other what mom had gotten us as presents (an idea schemed up by my brothers, of course).  I went straight to my mom and wished for exactly what they had told me she bought me.  Annnd…that was the last time my brothers made that deal with me LOL. As I got older, I somewhat liked Christmas.  I mean—what kid doesn’t like getting a bunch of presents.  The rest of the experiences of that holiday, and Thanksgiving, for that matter were not all that great.  There was always a bunch of fighting within my family around the holidays—whose house the celebration was going to be at, who was going to cook, who got who a lame gift.  It was not all that great for me.  The best part about the holidays was getting to play with my cousin.
Post a Comment
Read more

The past six months of my adventure have definitely been interesting.  I have learned so much about how my system processes foods.  I am so grateful for my health coach because between her guidance and experiences I have had, I have been able to make adjustments in order to achieve my goals.   As you can see, I have lost quite a bit of weight—but that is not the only accomplishment I have made.  I have mentioned in prior posts that I feel a lot better.  I am able to breathe better and am experiencing less pain.  I am also getting stronger—I can walk much further than I could before.  All of this is making me very happy and excited.  I am already starting to make plans to do some fun activities in the upcoming spring and summer—things I never would have even considered a year ago. I want to do some hikes and maybe some rafting excursions.  It would be totally awesome to do some camping too.  I have camped several times over the past few years, but it is still exciting to look forwa
Post a Comment
Read more

Driving Under the Influence- The Results 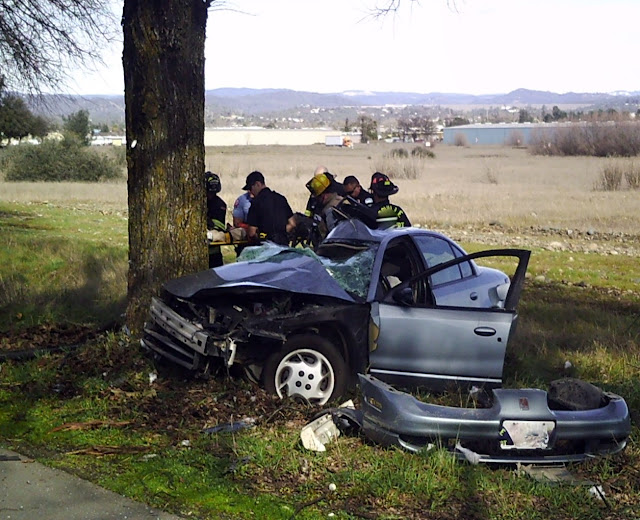 A man and his wife were driving home after attending the graduation of a close relative. Only a couple of miles from home, they traveled down the two-lane  road in the dark. Up ahead they saw headlights approaching. To their horror, they soon realized the approaching vehicle was in their lane. Guard rails to the right prevented the man from leaving the roadway. Another oncoming car in the opposing lane meant the man could not swerve either direction. A collision was inevitable.   The two vehicles collided. Emergency personnel responded to the scene. An officer assessed the man and his wife. They were declared dead immediately. The officer looked up and saw a baby sleeping in a car seat in the back seat. He was relieved. At least the baby survived. He walked around the car and put his hand through the window. As he touched the baby’s neck to check for a pulse her head fell over. The little girl was dead.   It was quickly determined that the driver of the other vehicle was impaired.
Post a Comment
Read more 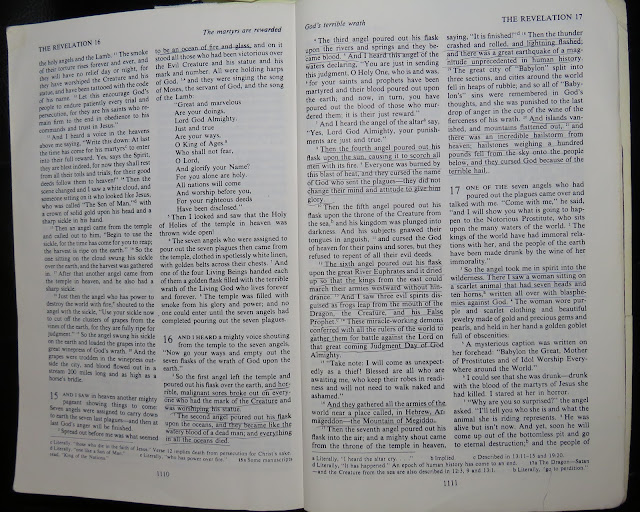 People have wondered about Armageddon for centuries.  There are all kinds of theories about what Armageddon is from nuclear wars to alien invasions to chemical warfare just to mention a few.  The fact that no one has been able to figure out exactly what Armageddon involves is bizarre considering the Bible says in black and white what it is—and it has nothing to do with the aforementioned events. This apocalyptic event that instills fear into many people today is actually only mentioned once in the entire Bible—at Revelation 16:13-16.   There it talks about three evil spirits, or demons, that rise up to participate in this epic battle.   Now—one detail that a lot of people have come to understand is that this war involves the judgement meted out by the most high God.   This is clearly stated in the end of verse 14 of that chapter.   So, one participant in this war is God.   This is no surprise to a lot of people. What most people haven’t realized is that the beginning of verse 14 st
Post a Comment
Read more

A Walk Down Memory Lane to the Lake Oroville Visitors' Center 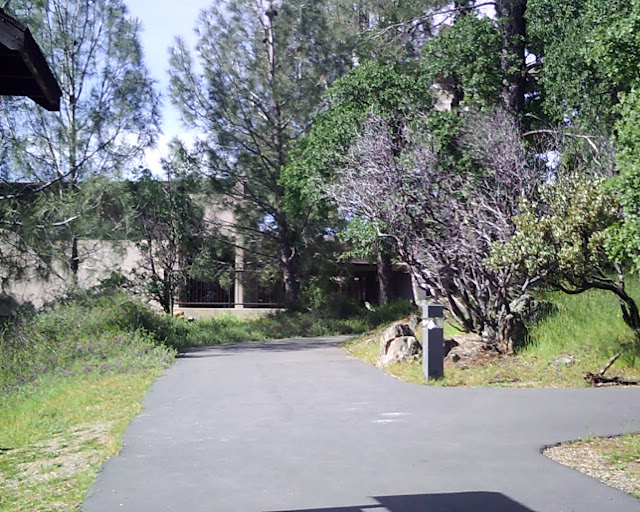 I have a lot of good memories of time I spent at the Oroville Dam Visitors’ Center .  I always complained about the town I grew up in—saying that I hated it and could not wait to escape.  When I finally did get the opportunity to leave Oroville for good, I was a little sad.  I had come to love my little hometown as I was publishing the Gold CityGazette .  This little project had helped me to develop an appreciation for the area where I grew up. Oroville, California, is located in Northern California—about an hour north of the state capital – Sacramento.  One of my favorite places in that little town was the Visitor’s Center .  I can’t even remember how many times I went there.  One of the features that stands out the most in my mind is the fountain.  I always wanted to get in it when I was little, but my mom wouldn’t let me. I remember wondering what it was there for if not for me to splash around in it.  It was so unfair. I used to think the outdoor plaza was so glamorous and soph
Post a Comment
Read more

Freedom Friday- How Can I Improve My Health? 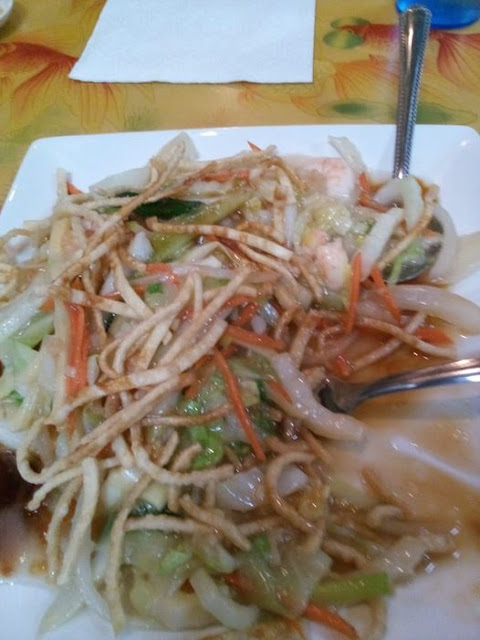 I have been sharing my healthier lifestyle journey for quite some time now.  One of my main objectives right now is getting rid of all of this extra weight.  But it is about more than that.  I want to live a healthier lifestyle.  If my main focus was weight loss, I would likely be able to lose a substantial amount of weight—but fad diets that can eliminate a lot of weight quickly are really not the best solution.  You may have made that discovery yourself as well. It is very important to provide the body with the appropriate nutrients in order for it to function properly.   I have said many times in my posts that I am in no way an expert in diet and nutrition.   I have taken classes in the past and attended Weight Watchers.   I got my Respiratory Therapy license in 1995, but that does not make me a specialist in the matter of nutrition or weight management.   I feel it is crucial to seek out someone who is qualified to help monitor and adjust the plan.  If I had not done this, I wo
Post a Comment
Read more
More posts